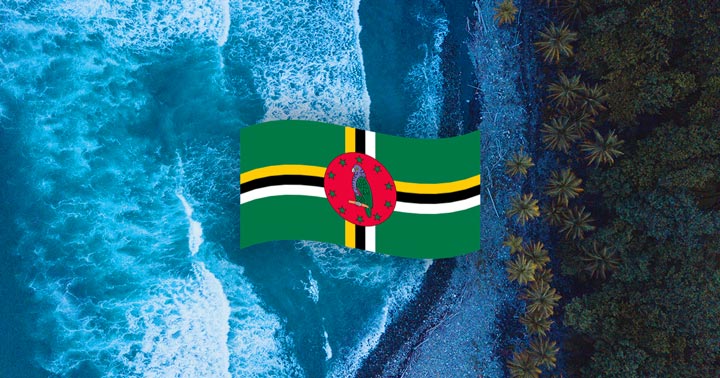 Resilience in the Caribbean: How Dominica are Looking Climate Change in the Eye

In September 2017, the Island nation of Dominica was left devastated by the impacts of Hurricane Maria. Although Dominica is no stranger to hurricanes, with Hurricane Irma having struck just days earlier, Maria had devastating and long-lasting consequences. Hurricane Maria was a Category 5 hurricane. If one were to go according to the Saffir-Simpson Hurricane Wind Scale, Category 5 hurricanes bring with them catastrophic damage and consequences. The force of the hurricane resulted in overflowing rivers, storm surges, and extremely high winds of 160 miles per hour. More than 90% of the Island’s structures were destroyed. Overall, the damage and loss as a result of Maria were estimated to be around USD 1.3 billion, equating to roughly about 224% of Dominica’s GDP.

The impact was staggering, as people’s lives, homes, and the city’s infrastructure were torn apart. The provision of water and sanitation was disrupted, with production and distribution pipelines either damaged or washed away as a result of the hurricane. Intake systems were all but choked with sand and debris, storage tanks, pumps, and access roads were severely damaged. For months after the hurricane, people received water from water trucking services. In terms of electricity, damage to transformers and electrical generation sites caused an estimated 75% of the network to collapse. In the same vein, the disruption of telecommunication services during and after the hurricane had a significant negative impact. Not only was Dominica practically cut off from the outside world for a number of days, even communities, people, and families within the nation were isolated from one another. Crucial information for relief and rescue activities was communicated via a few functional satellite phones and a sparse amateur radio network.

Maria was the most devastating hurricane to have hit Dominica. Unfortunately, all signs suggest it won’t be a one-off. As the planet continues to get warmer, hurricanes are expected to grow not just in number, but in intensity. Numerous studies have shown that as the Atlantic Ocean heats up, storms will become more common, intense, and long-lasting. And so, in the wake of the devastation wreaked by Maria, the nation of Dominica began to slowly rebuild, fully aware that climate change may mean more catastrophic storms in the future. 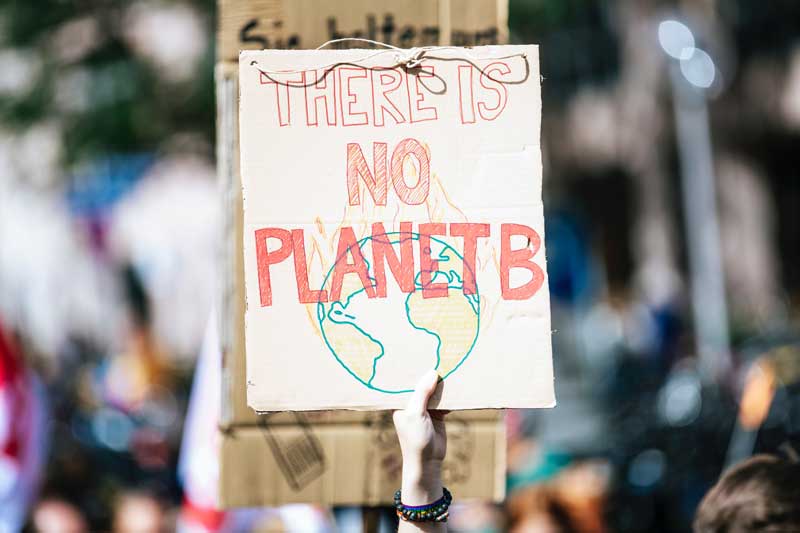 Bearing this in mind, Dominica forged a goal to become the world’s first climate-resilient nation – one that they will persevere to achieve in the face of climate change. The challenge involves not just building infrastructure that will be more climate-resilient but identifying where, how, and in what capacity the island is vulnerable in the first place.

Not unlike other island nations in the Caribbean, Dominica is particularly vulnerable to natural as well as manmade hazards. Rising temperatures, sea levels, and coastal erosion as a result of global warming place Dominica at even greater risk of being exposed and vulnerable to extreme weather events. The Island Nation is also almost completely volcanic in origin, with nine active volcanoes. As well as eruptions, volcanoes also bring associated risks of earthquakes. It’s evident that Dominica is vulnerable, with risks even more magnified as a result of global warming. As seen with Maria, a single hazardous event can have tumultuous consequences and affect the entire economy – not just during the event but in the aftermath and the time it takes to rebuild – causing a high loss of GDP and capital.

People’s livelihoods are extremely dependent on the maintenance of a healthy ecosystem of coastal, marine, forest, and wetlands. Extreme weather events like hurricanes almost always lead to the destruction of these natural habitats, resulting in significant loss of livelihoods.

With the looming threat of more disastrous events, preparedness for rapid response and recovery is paramount. Dominica hopes to use technology to plan and respond to events to reduce and minimize disruption to its infrastructures and save lives.

The challenge involves identifying the Island’s critical assets, the dependencies between them, and any failure chains that might weaken or affect resilience. Dominica will do this with the help of CAMS – a Critical Asset Management System that is being developed as part of a voluntary effort led by ARISE-US, a private-sector advisory group to the United Nations Office for Disaster Risk Reduction (UNDRR), and TerminusDB.

The project is ambitious, involving key stakeholders from central and local government, private organizations, emergency services, as well as the public. The Ministry of Planning, Economic Development, Climate Resilience, Sustainable Development, and Renewable Energy of the Government of the Commonwealth of Dominica is the Focal Point for the project. The Dominica Association of Industry and Commerce (DAIC) and the Climate Resilience Execution Agency for Dominica (CREAD) are supporting and assisting the Ministry. While CAMS is going to be piloted in Dominica, the goal is for it to be used in other similarly vulnerable nations and assist in disaster preparedness and recovery, to minimize loss of lives, livelihood, and infrastructure.

Over the course of the last two months, ARISE-US along with TerminusDB have held multiple talks with stakeholders in Dominica, including key players in major sectors such as electricity, telecommunications, water and sewage, and more, in an effort to collect data and understand what is required and expected of CAMS, so we can build a tool that will truly aid in the effort to become more climate-resilient. Many of the stakeholders we spoke with had been affected by Maria in 2017, with critical assets they were responsible for having either collapsed or damaged beyond repair as a result of the hurricane.

What emerged during the course of these conversations was a sense of fragmentation of information and data available on critical assets, not just inter-sector, but intra-sector. How data on critical assets is stored and recorded differs, but it would either be in paper form, on a spreadsheet, on the cloud or a combination. At the moment, there is no system that provides a holistic view of the Island’s critical assets, their status, their dependencies, and existing failure chains. Stakeholders expressed the need for such a system and the importance of being able to flag the status of assets, especially in the event of a disaster. During Hurricane Maria, cross-sectoral information dissemination, management, and communication had proven to be challenging, so this is a key concern that must be addressed by the tool.

With telecommunications at risk during many extreme weather events, stakeholders stressed the importance of being able to use CAMS locally and offline if connectivity cannot be guaranteed. There were also cases made for being able to communicate via the tool itself, and thus having both a desktop and mobile application is crucial.

Development of CAMS is well underway, with plans to demo the MVP in just a couple of weeks’ time. The project is open source and focused on providing a data-driven system to help vulnerable islands, cities, and communities become disaster resilient. It will do this by storing all critical asset data and asset dependencies so a region understands not only what its critical assets are, but how one asset can impact others, and the cascading effect of asset failures. 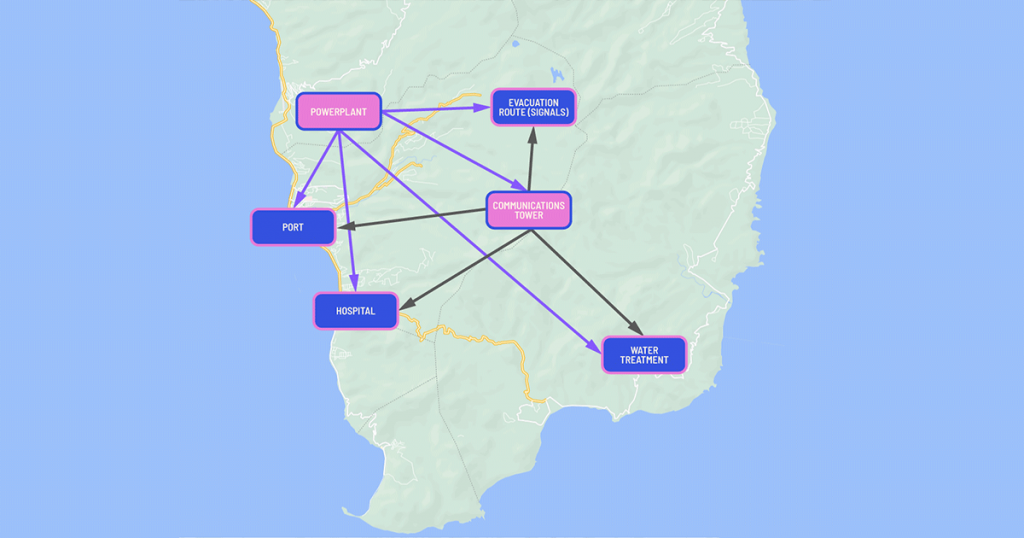 CAMS is on the road to being a useful, simple, and free software tool that will:

CAMS is a data-driven mobile and desktop application designed to work on and offline in the event of an incident where power and connectivity are not a given. To read more about how CAMS is making use of data to save lives, go here.

CAMS is an open-source project and every little contribution counts. Join the cause to help build climate resilience. If you want to get involved in a project for good and help nations, cities, and communities use local knowledge with cutting-edge technology to become climate-resilient, visit our website. 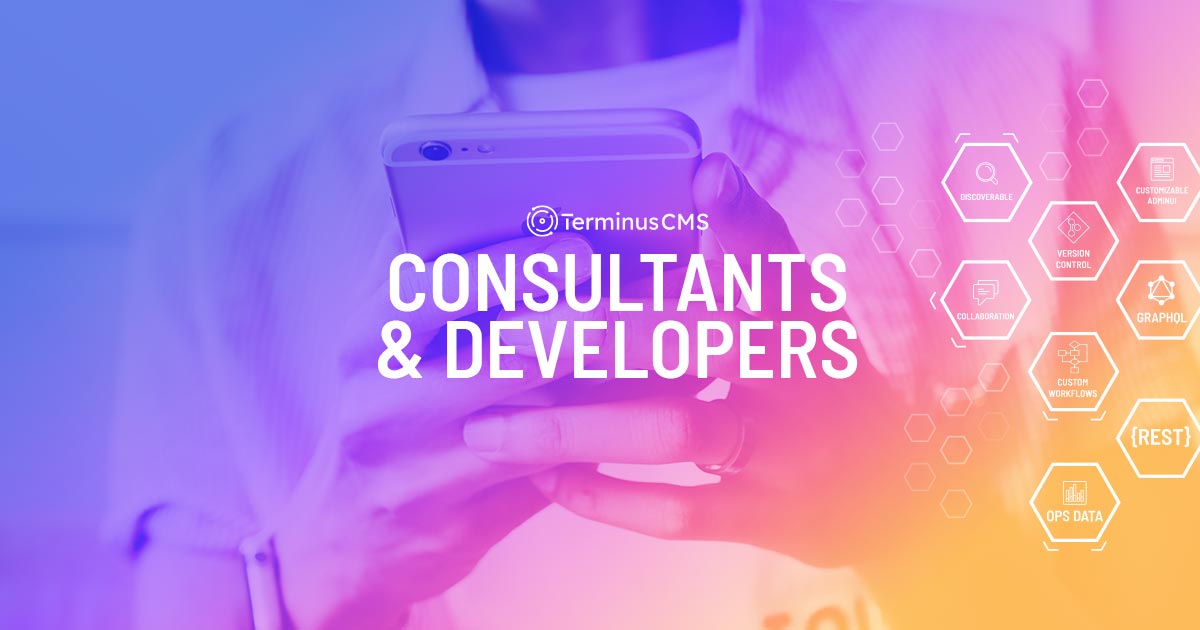 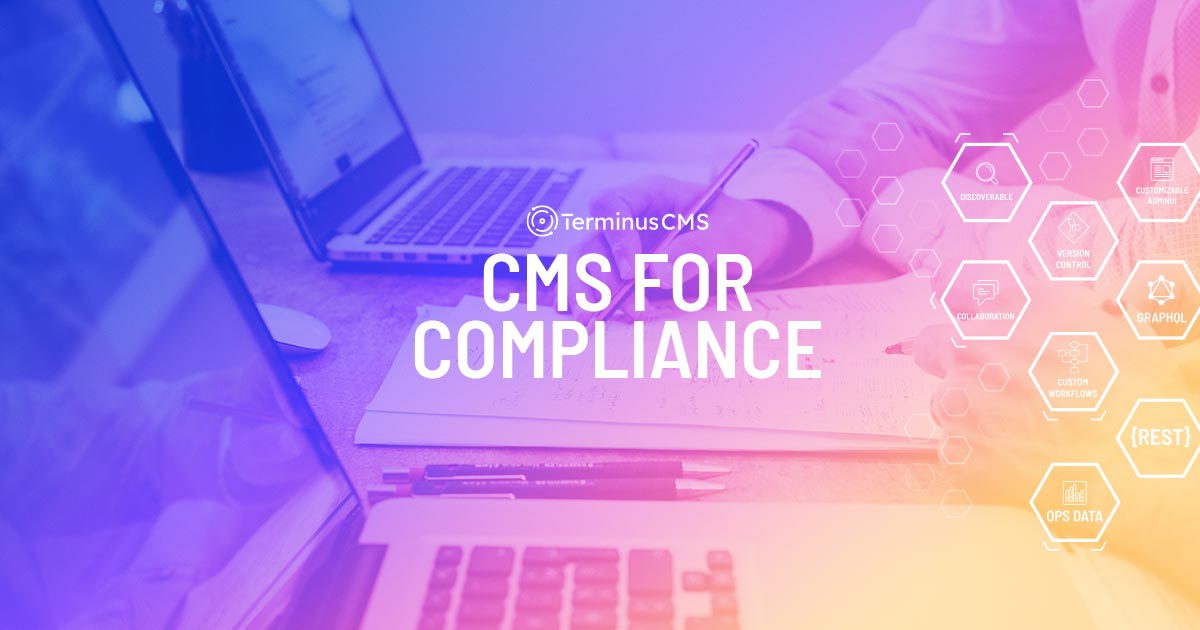 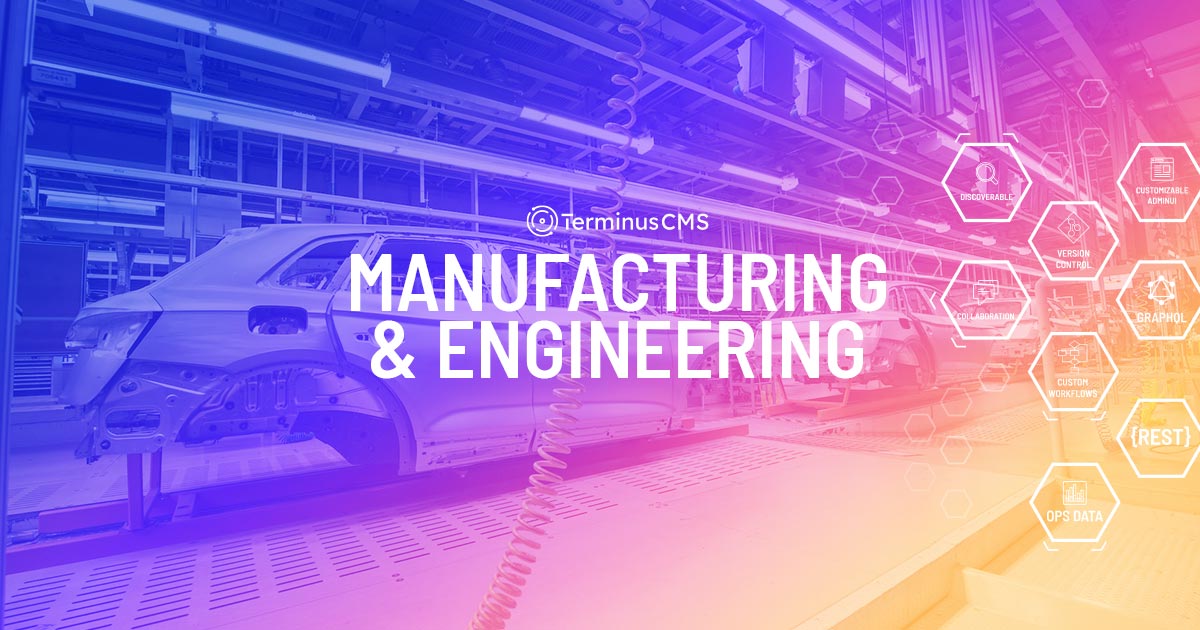 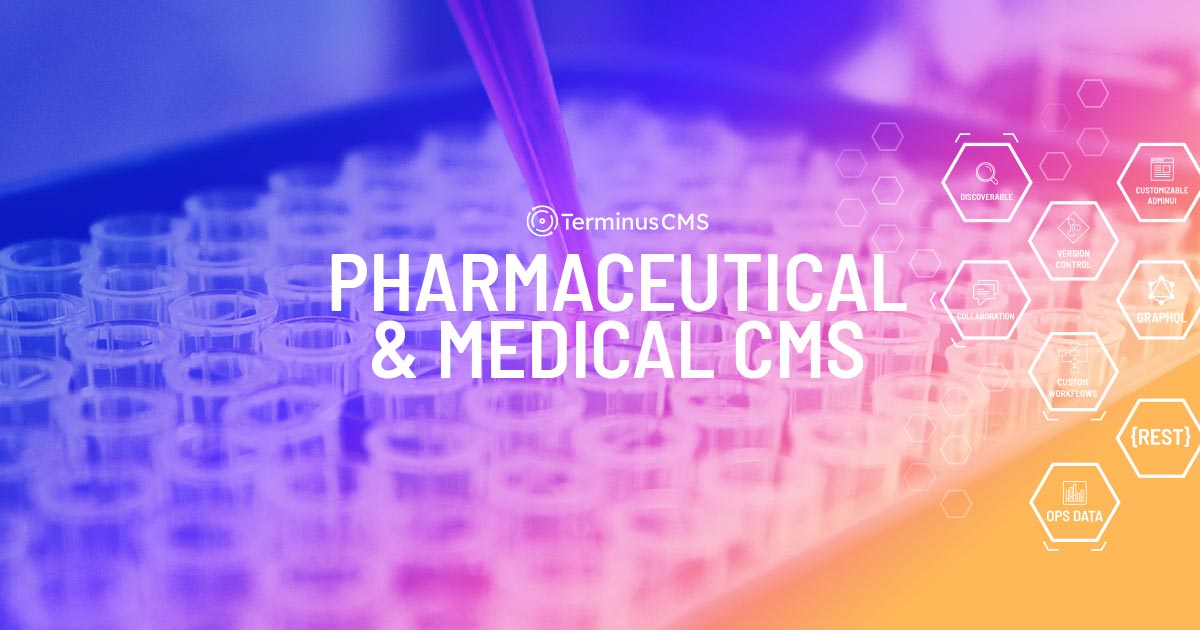 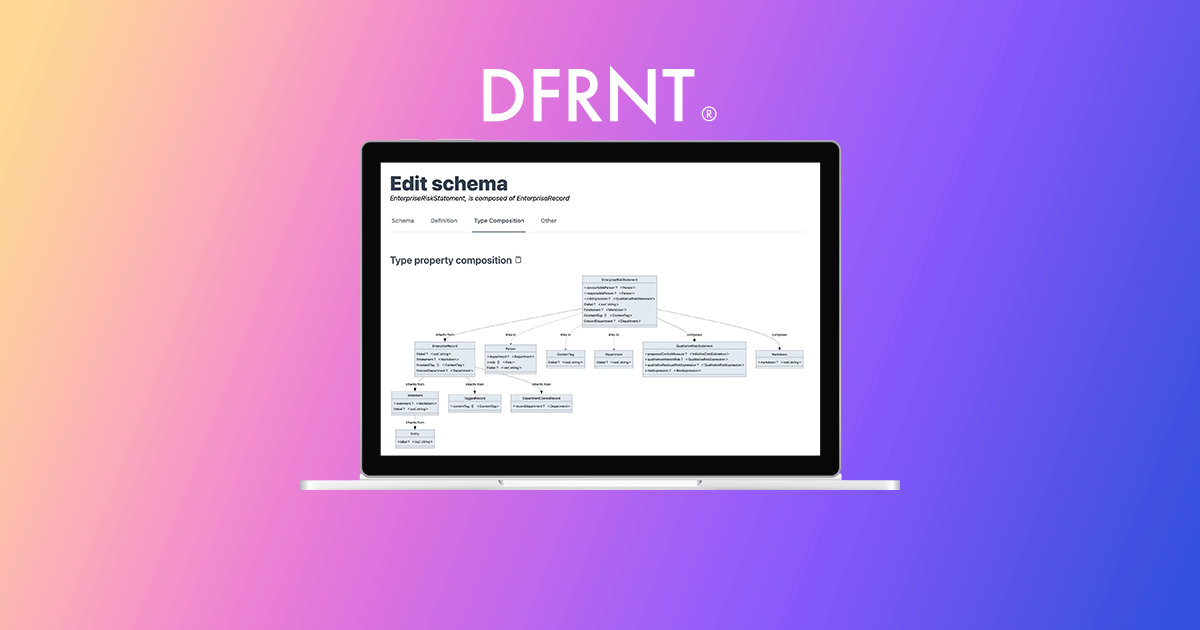 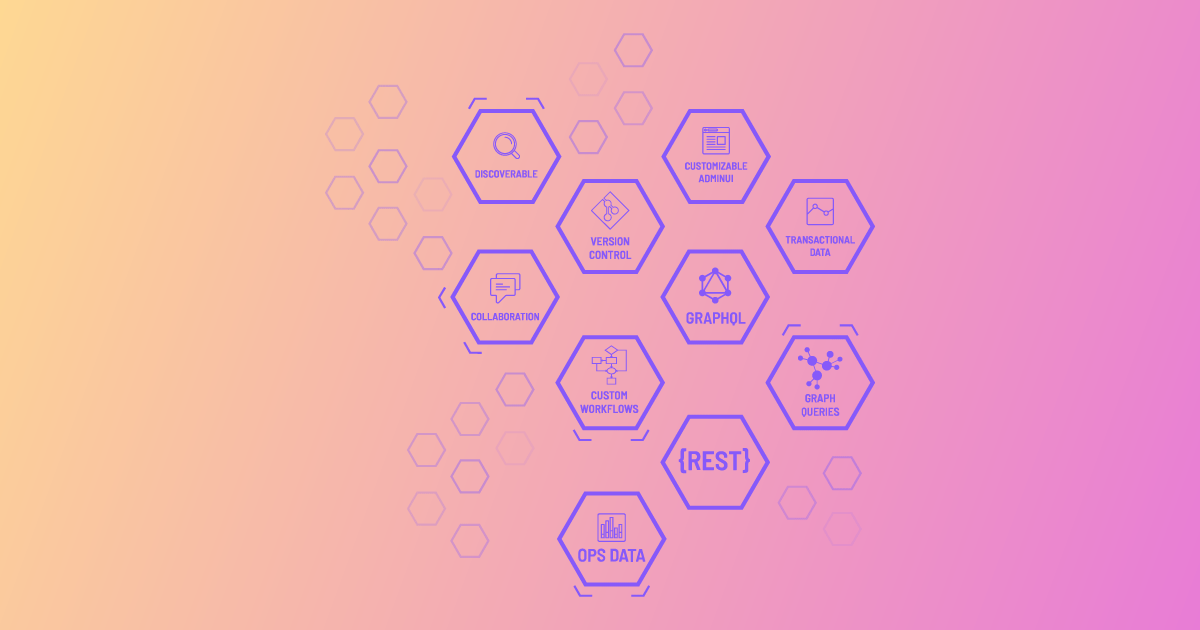 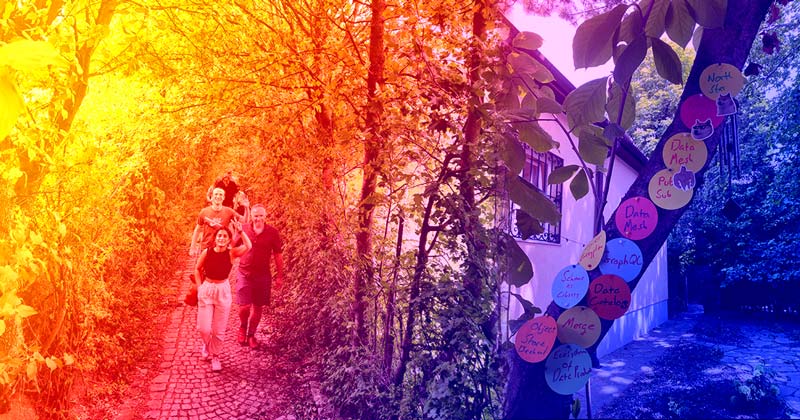 We take a look at all that has happened at TerminusDB towers in the past 12 months in this 2022, a year-in-review retrospective. 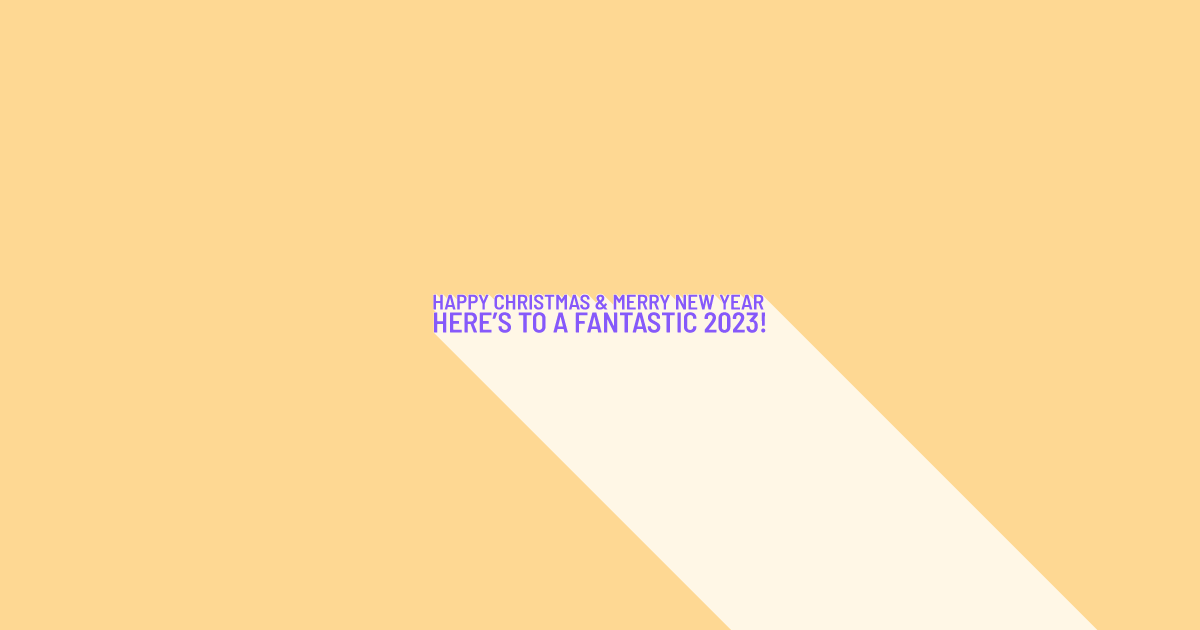 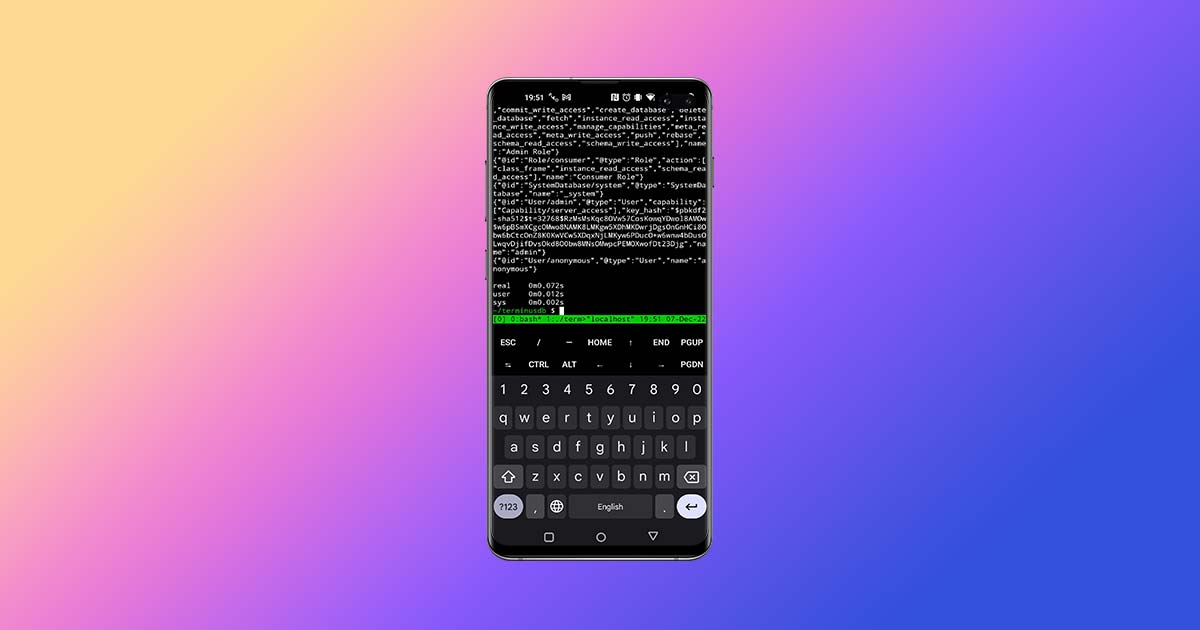 Get TerminusDB running on your Android phone

TerminusDB now supports ARM64 following a recent release, you can read why we added support for ARM64 here. Most phones run ARM64 processors. I have